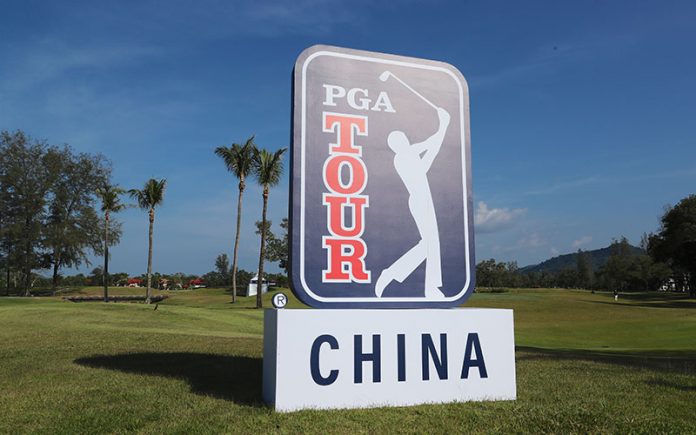 As the coronavirus continues to worry countries around the world, the PGA Tour Series in China has announced that it will postpone the first four tournaments of the 2020 schedule as well as qualifying events across the region.

This follows the LPGA postponing a tournament on China’s Hainan Island.

The Tour is planning on a 10-tournament regular-season schedule, which will still include 2021 Korn Ferry Tour benefits going to the best-performing players.

PGA TOUR Series-China Executive Director Greg Carlson said they have watched and scrutinized the situation closely and did not make the decision to postpone events lightly.

“After consultation with a variety of agencies, we determined postponement of the Qualifying Tournaments and the start of the regular season are the best courses of action at this time,” said Greg Carlson, PGA TOUR Series-China Executive Director.

“This is a major international health issue, and we will do everything possible to ensure the safety and well-being of our players and everybody else associated with these two tournaments.

The Series had originally planned to play a Qualifying Tournament in Haikou, China, announcing last week it was moving that tournament to Indonesia in response to the concern playing in China presented.

Carlson noted the Series is still dealing with many unknowns related to the coronavirus, with new information coming in daily.

“We know this alters our players’ plans, and we have been in communication with them, keeping them abreast of the situation.

“Players who signed up for either of these tournaments will have the choice of re-entering the rescheduled Qualifying Tournaments or receiving full refunds on their application fees.”

“We appreciate Laguna Phuket in Thailand and Laguna Bintan in Indonesia first making their courses available to us and second being flexible because of this situation,” Carlson continued.
“Laguna Golf is an important partner, and we know those courses will continue to operate as usual to regular visitors. We just felt we needed to delay our Qualifying Tournaments at those sites for right now.”

“We appreciate the patience our players have shown during what is a difficult time as they try to prepare for their seasons. At the same time, we don’t want to do anything that might jeopardize the health of them or anybody else who is involved in PGA TOUR Series-China,” Carlson added.

Lydia Ko Heads a Big Weekend of Golf for Our Kiwis

NZGM
Lydia Ko heads up a big weekend of Kiwi golf action across the globe as she heads into the third major of the year,...