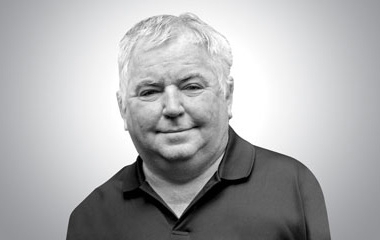 I cannot really believe it when I look at the calendar and we are into the production of our December Issue.  Yet another year has just flown by and normally I would say– “and what a year”.  But was it?

We had the majors, The World Cup of Golf, The Ryder Cup and a myriad of smaller events.  Apart from the USA team beating up on each other at the Ryder Cup most of it was pretty ho hum. To me the major move forward was the real progress forward by Tiger Woods.  From being a threat for so long he finally made the breakthrough win at the PGA and served notice on the golfing world for 2019. Is a major title awaiting Tiger next year.  Only his back will decide that!!  Boy it did well though this year.

This year we have seen a great deal of comment by some would be social engineers who wish to close some publicly owned golf clubs and turn the land into housing.  Some of this commentary has been thoughtful and meaningful, the vast majority though has been shallow and ill considered.

New Zealand Golf Inc. have however stepped up this year in a very meaningful manner with some well balanced and thoughtful remarks.

However golf clubs do not always help themselves, with old fashioned thinking and a lack of excellence in management being demonstrated at times in parts of the country. A lot of this stems back to the grass roots membership and Carl Fenton comments on this quite expressively this month after an experience he had at a club.

We all face challenges.  In this magazine we face the challenge of balancing print and digital and work to accurately define trends and where needed accommodate them. Clubs need to identify and address their own challenges.  Some clubs have woken up – smelled the roses and moved with the times.  There are many more that have not.

The threat of club closure is already known in some regions and 2019 and beyond will undoubtedly continue to see the closure of more clubs as club membership shrinks and casual/social golf patterns changes.

Let’s look at the positives that can come out of all this and embrace the changes as they progress through our society.

Finally, we wish everyone a Merry Xmas and a VERY prosperous New Year.