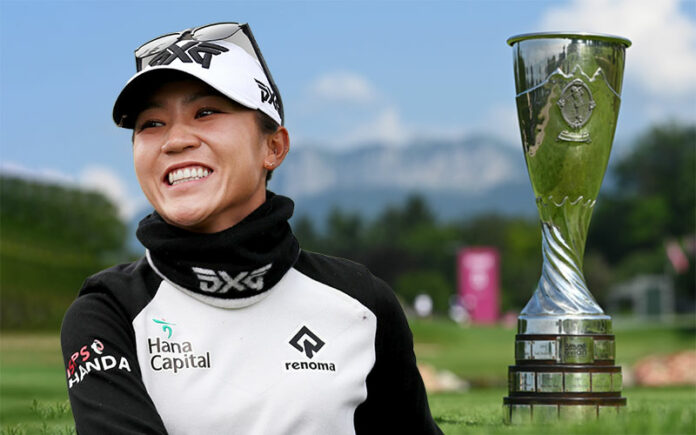 A return visit to Evian-les-Bains and the Amundi Evian Championship is always a happy week for Lydia Ko, who earned her first major title here in 2015 with a six-stroke win.

Then just 18 years old, the Kiwi became the youngest woman to win a major title, and her final round 63 was then the lowest final round at a major.

“My final round here the year that I won in ’15 is probably some of the best golf that I’ve played,” said Ko, who later bettered her own final-round mark with a Sunday 61 at this year’s ANA Inspiration.

“I think when I was out of position,I played smart and I finished really strong with a couple birdies in my last two holes.”

Now age 24, Ko is enjoying a career renaissance on the LPGA Tour. She broke a nearly three-year winless streak with a victory at the LOTTE Championship in Hawaii and has notched five other top-10 finishes, including a solo second at the ANA Inspiration.

She arrives in Evian off a tie for 22nd at last week’s Dow Great Lakes Bay Invitational, where she teamed with Danielle Kang in a week that is as much about fun and teamwork as it is about competition.

She hopes that this week at Evian will be a proper kickoff to a long stretch of golf that will see her head to the Tokyo Olympics after earning the bronze medal at the 2016 Games in Brazil.

“I’ll be doing Olympics and the two Scottish events and have a pretty big break after that. Yeah, this is an important and big stretch for me,” said Ko.

“So just making sure that I’m physically feeling good as well as mentally.”

A post shared by The Amundi Evian Championship (@evianchamp)

Ko will tee off in the star group on Thursday and Friday as the top three players in the LPGA Race to the CME placed together. She will be joined with World Number One Nelly Korda and ANA Inspiration winner Patty Tavatanakit.

The group will tee off on Thursday at 6.30pm NZT from the 10th tee and 11.15pm NZT Friday night from the first tee.

Sky Sport will have live coverage of the major starting at 9pm on each night.