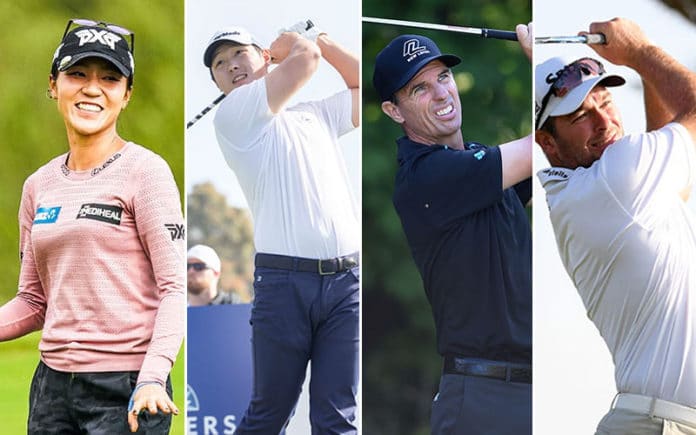 Kiwi golfers are set for a big final day in tournaments across the globe.

While Kiwi Lydia Ko attempts to win her first tournament in three years in the LPGA event in Ohio tomorrow morning (see the previous article), after leading the Korn Ferry Tour Portland Open after round two, Steven Alker dropped back into the pack after two double bogeys in the third round and finished with a 2-over 73 on day three.

Alker is now tied for 5th but is only 4 shots behind the leaders Paul Barjon and Lee Hodges so has every chance to turn it on during the final day.

Alker tees off at 7.45am New Zealand time on Monday.

1000 kilometres south of Portland, another Kiwi Danny Lee will tee off at 2.40am New Zealand time in the final round of the first major of the yeat the US PGA Championships at TPC Hading Park in San Francisco.

Lee had a rough third round, posting two bogeys back to back on 12 and 13 which has really ended his charge.

He is now tied for 70th, 4-Over the card and 13 shots behind current leader Dustin Johnson who leads the tournament by one shot on 9-under ahead of Scottie Scheffler and Cameron Champ who are tied for second, one shot back.

Lee tees off at 2.40am New Zealand time on Monday.

Then in a completely different continent, 8600 kilometres away in the English countryside, Ryan Fox will try and continue his solid 3-day form and aim for a top ten placing in the European Tour’s English Championship in Ware, Hertfordshire.