Collin Morikawa has joined the likes of Jack Nicklaus, Tiger Woods and Rory McIlroy to win the US PGA Championship at the age of 23 in only his second major appearance and the first at the US PGA.

Morikawa broke the deadlock of players on 10-under when birdied the 14th hole and after being joined by Paul Casey on 11-under Morkawa went two better and eagled the par-four 16th after the most brilliant tee shot to put the result beyond doubt. 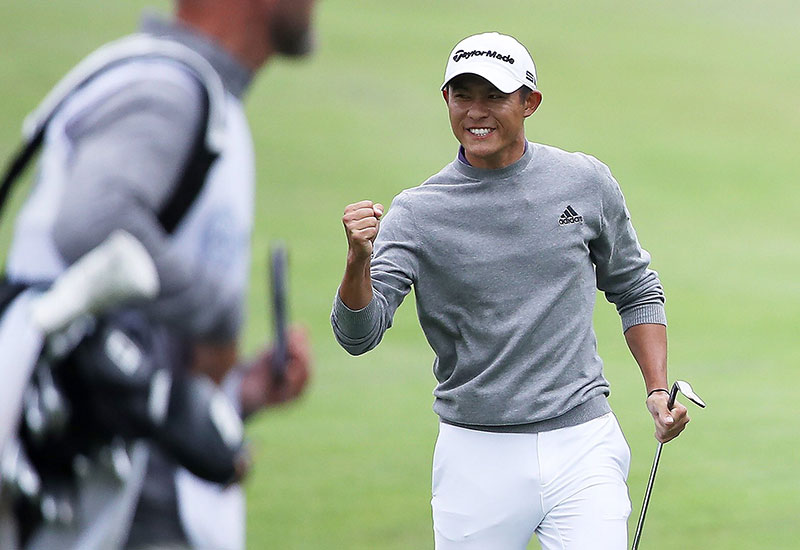 The California local has only won two tour events before today with one of those being the Workday Charity Open a month ago soon after the PGA Tour resumption.

He scored 13-under after a par on the 18th two shots ahead of Casey and Dustin Johnson on 11-under.

Morikawa — who works with PGA Coach Rick Sessinghaus — showed a maturity that is well beyond his years in capturing the Wanamaker Trophy.

“It’s amazing. It’s been a life goal, obviously as a little kid, kind of watching everyone grow up, all these professionals, and this is always what I’ve wanted to do,” Morikawa said at the trophy presentation.

“I felt very comfortable from the start. As an amateur, junior golfer, turning professional last year, but to finally close it off and come out here in San Francisco, pretty much my second home where I spent the last four years, is pretty special.”

This eagle from Morikawa is a thing of beauty.😍

The 14th and 16th holes were the sparks that set Morikawa alight in the final round of 64 and he that was the momentum he needed.

“I’d been hitting really great iron shots into there starting from 12, 12 through 14, but the chip looked really good.

“My caddie J.J. told me, “let’s chip it in,” and that was the momentum I needed.

“We got to 16. He asked me what I wanted to do. I’m sure it was a split between hitting iron and going for it. Why not hit a great driver? Why not hit that little left-to-right shot with the wind helping off the left?

“I hit a great — I just needed that one bounce to go forward, and it did, and those are shots that you’ve got to take opportunities, and that’s what really separated me.”

With his trademark smile, Morikawa accidentally dropped the lid off the trophy when he raised it the first time, but that didn’t distract him from understanding the importance of winning the first major of the year and his career.

“It’s hard to think about what this championship means, and obviously it’s a major, and this is what guys go for, especially at the end of their career, and we’re just starting.

“So I think this is just a lot of confidence, a lot of momentum, and it just gives me a little taste of what’s to come. I got a taste of this now.

“Obviously it was a very crowded leaderboard. At one point if you looked at the leaderboard it was all at 10-under and it was a party pretty much. So yeah, this one is going to be very special.”

Kiwi Danny Lee finished tied for 71st on 4-over.