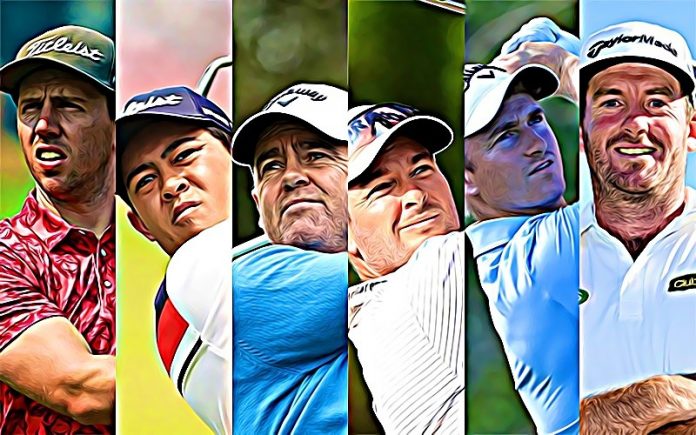 As the New Zealand Open gets set to tee off on Thursday, many of the local hopes are gearing up to try and take home the Brodie Breeze Trophy which has been only been won once in 16 years by a Kiwi.

NZ Golf Magazine takes a look at some of the local chances.

New Zealand’s #2 player celebrated his continued rise into the world’s top 100 when he won the Perth Super 6 European Tour event in February 2019.

The son of All Black great Grant Fox and grandson of cricket legend Merv Wallace, Ryan had his first European Tour win in Perth 2019, following his heart-breaking play-off loss in the Irish Open (to Russell Knox) in 2018. One of his best 2019 performances came at the Open Championship at Royal Portrush, where he ran a creditable 16th.

Ryan comes off a second at the Vic Open only two weeks ago and has every chance.

Finished runner up to Zach Murray with an excellent performance at the 100th New Zealand Open last year. Now plies his trade on the European Challenge tour, as well as earning several starts on the main European Tour.

Won the New Zealand Amateur before joining the paid ranks in 2007 and has gone on to have a truly international career. Has competed on the PGA Tour, European Tour, Asian Tour, Web.com Tour, PGA Tour Latinoamerica, PGA Tour Canada, Australasian Tour and China Tour.

Is a three-time winner on the China Tour and has also triumphed on the PGA Tour Canada as well as on the Charles Tour in New Zealand. Earned a debut season on the European Tour in 2017 after finishing inside the top 25 at Qualifying School Final Stage. Enjoys surfing when he’s not competing on the golf course.

Denzel only turned professional in late 2018 and has already shown impressive signs with top ten finishes in five Australian tournaments across the summer of 2019/20 including a fifth-place tie in The Australian Open.

The 24-year-old has goals of making it on the Canadian Tour this year with Korn Ferry and the PGA Tour as ultimate goals over the next few years.

Nick Voke has become one of the top New Zealand professionals in the past two years. The Aucklander turned professional just over two years ago after a highly successful US collegiate career at Iowa State and completed an outstanding rookie career on the PGA Tour Series China where he won three titles. That tour is a feeder tour to the Korn Ferry Tour. He played this tour for much of 2019.

Voke recorded top tens at both the New Zealand Open and New Zealand PGA Championships in 2018 and his presence in this year’s event gives New Zealand golf fans the chance to witness one their country’s most exciting young players the chance to again showcase his skills.

Winner of the Victorian PGA in October 2019 which signalled Campbell was around and would suggest he’s one of the in-form players, but since then has failed to make the cut in four of six tournaments.

The Auckland-born player Rawson originally was lured to Adelaide to begin a career as an Aussie rules footballer where he played for AFL feeder team, South Adelaide.  At 23, Rawson abandoned his AFL ambitions and focused on his career in the finance sector. But niggling away was an aspiration to delve deeper into his passion for golf.

Popular Kiwi Mark Brown was a surprise selection in the NZ World cup team, which reflects the high esteem in which he is held. A former European Tour and Asian Tour winner, Mark is always a player to watch, as his record at The Hills especially is a good one!

Nick Voke In Charge At The Hills