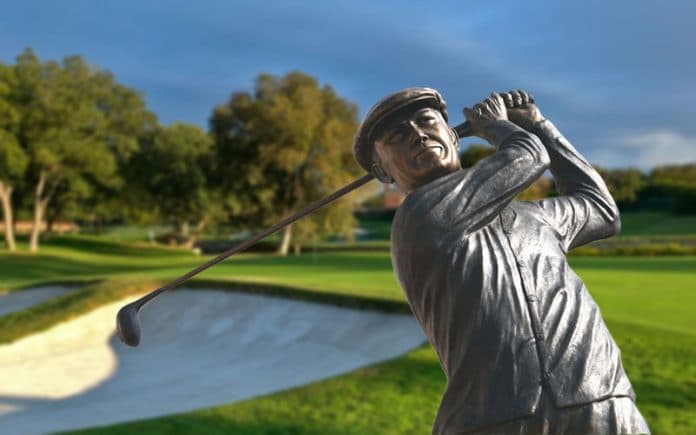 After a nearly three-month hiatus due to the COVID-19 pandemic, the PGA TOUR marks its return to golf at this week’s Charles Schwab Challenge in Fort Worth, Texas, and Korn Ferry Tour Challenge in Ponte Vedra Beach, Florida. It’s been a long break for golf fans and the sports world in general, and all eyes will be on the PGA Tour.

But not entirely on the birdies and bogeys.

As part of ongoing efforts to amplify the voices and efforts underway to end racial and social injustice, the tour has set aside an 8:46 a.m. tee time that will feature no players.

The time has been set aside at both Colonial Country Club (Charles Schwab Challenge) and TPC Sawgrass (Korn Ferry Tour Challenge), as 8:46 has become a universal symbol for the racial injustice faced by the black community.

George Floyd died at the hands of police in Minneapolis on May 25, touching off worldwide protests.

On June 1, PGA Tour Commissioner Jay Monahan addressed the issue through a letter to employees, players and tournaments, and later sat for a conversation with Harold Varner III to further discuss the TOUR’s potential role in the national conversation and solution.

Monahan has also shared his thoughts on current events with several national media outlets, saying that while the Tour doesn’t have all the answers, the organization is going to listen, learn, “demand better” and expects to be held accountable for making a commitment to the solution.

Kiwi Danny Lee will play in the PGA Tour event, teeing off just after the moment of silence at 8.51am on Thursday. Tim Wilkinson will tee off in the Korn Ferry Tour event in Florida at 7.00am while Steven Alker tees off at 1.36pm Eastern American time.

The one-minute moment of silence will begin with three horn blasts coordinated through PGA Tour Rules Officials. Players on site will be asked to pause for reflection as a demonstration of support for the TOUR’s commitment to addressing racial and social injustices.

The Tour’s Inclusion Leadership Council has been an integral part of the efforts, as has CORE, the TOUR’s multicultural employee resource group dedicated to the diversity of thought and cultural change.

Additionally, the Tour is developing a plan to rally around a long-term, focused commitment to address racial justice issues, the details of which will be shared in the weeks to come.

NZGM
Ally McDonald, on her 28th birthday, headed off the 18th green after the final round to champagne showers from friends and family after becoming...