Ryan Fox teed off as joint leader on day three of the 2021 Saudi International and after one hole took the outright lead while playing with World Number One Dustin Johnson and Stephen Gallacher, but the Kiwi couldn’t keep the form of the last two days going or match it with Johnson and finished the day with a 1-over round of 71, now four shots behind Johnson who leads.

Dustin Johnson continued his love affair with Royal Greens Golf and Country Club as he opened up a two-shot lead heading into the final round of the 2021 Saudi International powered by SoftBank Investment Advisers.

Early on Fox hit the front on his own with a birdie from six feet at the first but he gave the shot straight back after a poor second and found himself alongside Johnson, who had made a gain of his own on the first from eight feet.

The Masters Tournament Champion hit a poor second on the par-five fourth but got up and down in spectacular style for a birdie – an achievement matched by Fox who two-putted for his gain.

The Kiwi failed to get up and down from the sand on the eighth and when Johnson holed from eight feet for a two-shot lead, the American was looking ominous.

Fox had another two bogeys on the back nine before grabbing a birdie on the 18th to end the day on a high.

Johnson was making serene progress and had gone 53 holes without a dropped shot at this event over the past two seasons as he opened up a two-shot lead stood on the 13th tee.

A double-bogey after finding the water dropped him back into a share but his big finish put him on course to claim a ninth European Tour title, and second outside of the Major Championships and World Golf Championships.

Johnson had missed a few good birdie chances inside 12 feet but after hitting a drive right up to the front of the 17th green, he chipped to six feet and holed to move back ahead.

A stunning nine iron from 190 yards then left him 11 feet for a closing eagle but he had to settle for a two-putt birdie and a two-shot lead. 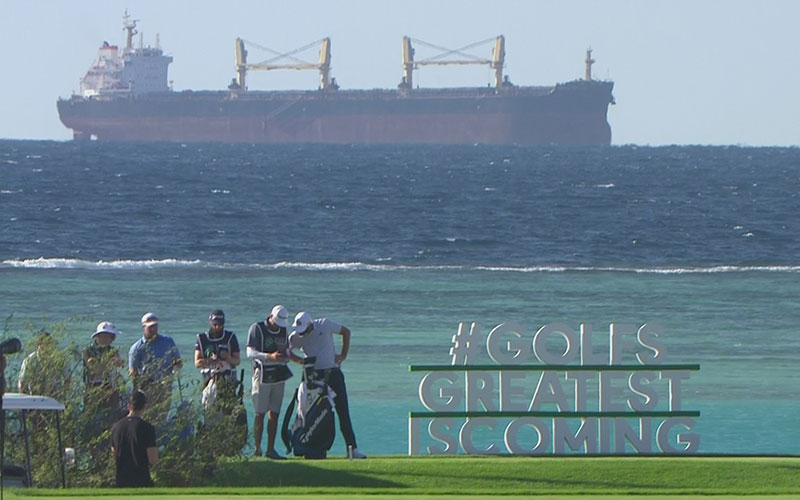 NZGM
Imagine playing a round of golf on one of Europe’s most stunning golf courses and finishing the day with decadent drinks at the cocktail...