Three national tournaments have been confirmed for October this year as local golf events get set to tee off at the end of the month.

The DVS Pegasus Open returns for a second time on October 1 after the exciting finale last year when Luke Toomey won a three-way playoff to take the inaugural title.

It will be followed by the Carrus Open at Tauranga Golf Club from October 8 and then the Taranaki Open which tees off on October 15 for the first time since 2017. 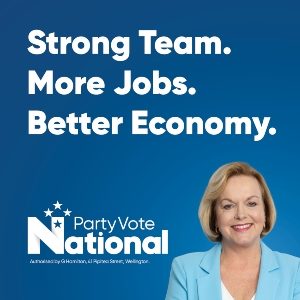 All of these tournaments will form part of the successful Jennian Homes Charles Tour which resumes at the end of July with the Autex Muriwai Open after being on hiatus due to the COVID-19 lockdown.

Michael Hendry, Harry Bateman and Toomey are amongst a number of high classed players already entered for the Muriwai event which tees off on July 30.

New Zealand Golf General Manager for Golf Operations and Championships Dave Mangan said it’s great for our local elite golfers to have a competition to play in again.

“Due to the ongoing global COVID-19 pandemic, things have been very difficult in New Zealand and it’s great to know that heading into spring our domestic elite amateurs and professionals will have three quality events in a row to play in.

“We are already looking forward to the rescheduled Autex Muriwai Open in a couple of weeks but to have some certainty around our other upcoming Jennian Homes Charles Tour events is testament to all the hard work put in by our host clubs and the support of the sponsors,” Mangan said.

The Mount Open will take place in December and will again be the final event of the Jennian Homes Charles Tour season where the season winner will be crowned.