From an uncertain future four years ago to now hosting one of the eight Jennian Homes Charles Tour events, The Clubroom Gulf Harbour Open looks set to be a huge achievement for the Gulf Harbour Country Club.

Director of Golf at Gulf Harbour Country Club Frazer Bond is excited about the future and believes The Clubroom Gulf Harbour Open has arrived just at the right time.

“It’s a huge achievement for the club, 4 years ago, the club’s future seemed uncertain,” Bond explained.

“I believe it’s an appropriate time to host this event. It shows the club is still progressing and wanting to grow.

“We are proud to showcase the course at this prestigious event and look forward to growing it over the next few years.

The first year of the event, to be held across the Easter weekend from April 1 to 4 has secured the likes of Ryan Fox and Josh Geary to play the event.

“We have over 30 Professionals registered so far. The standout player would be Ryan Fox. Awesome to have him here at the event!

“He’s been playing up here regularly over the past few years so I think he’s got the course worked out.

“But with other top players including Josh Geary, Dongwoo Kang, Harry Bateman, Luke Toomey, Kieran Muir and so many more good Pros and Amateurs, it’s no walk in the park.

It may also come down to some local knowledge and the hope is that one of the local stars could take away the title.

“Hole 16 is definitely going to bring excitement,” Bond said, “To take on the corner over the Hauraki Gulf or to play safe. I think that hole will make or break a few rounds.

“We are also very excited to watch many of our competitive Gulf Harbour members play the event. We have a strong Amateur and Professional membership. Professionals Cam Jones, Myself and Head Professional Dongwoo Kang might feel comfortable at home, but when you have members watching every shot, it adds a different element to the game.

“Many will also be out to watch Amateur player and Muriwai Open Winner James Hydes hopefully chase down his second Charles Tour win.” 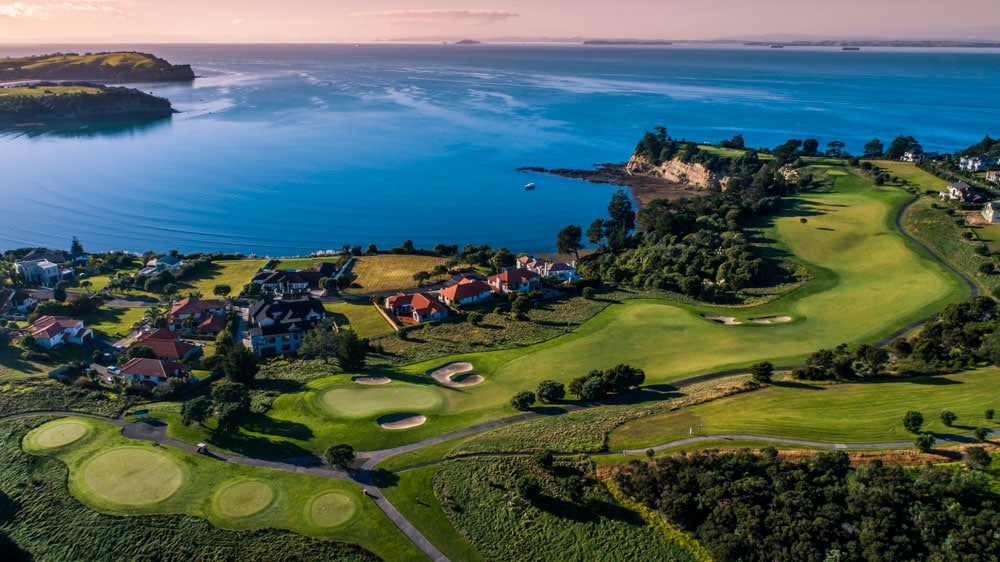 Bond said the club is currently working on the finer details for the event and focusing on small areas that make a difference in the overall experience for players and spectators.

“The course has been playing magnificently for many months,” Bond said. “Our bunker project was delayed due to the effects of COVID last year. The team is putting in a huge effort to get this done. Improving these areas and topping up sand levels ready for the event.

“The grounds team, under the supervision of Ryan Taylor, have done a fantastic job in elevating the course to its current level. The health of the course is at an all-time high.”

Growth for the club has been steady in the 12 months since the start of the Covid-19 pandemic and even with a loss of an entire international playing base, the club has picked up over 100 golfing members that have helped to fill that void.

“It’s better in a way as it’s showing more of a connection with the local community and you can really see that at the club with the relationships being built between members and staff,” Bond said.

It has also allowed the club to build stronger relationships with sponsors such as the one with The Clubroom as the major sponsor of the Charles Tour event.

“This event would not be able to happen if it wasn’t for the support from the team at The Clubroom,” Bond said. “They have been awesome to work with and I’m looking forward to working with them in the future.

“Their new store The Sweet Spot is really going to be an asset coming to the golfing community. Going to be awesome to get in there and play a few virtual rounds once it opens.”

Alongside the four days of play, the blub is also excited about the Pro-Am to be played on the Wednesday before the tournament which is already starting to fill up.

“The Pro-Am has had a great uptake. Half the field is full right now with 20 teams registered. We should see more sign up over the next few weeks.”